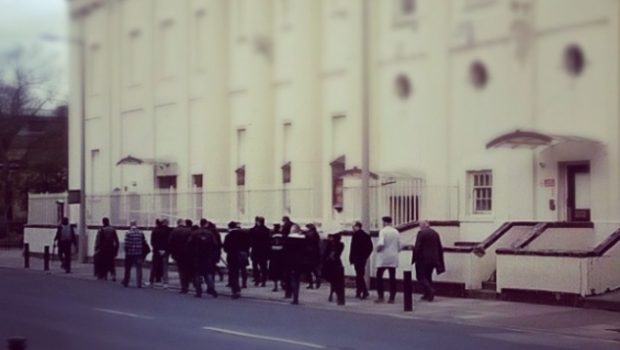 Yesterday  was the second and final day of our Composer Gathering in Hull.

In the morning while the composers headed over to the fantastic History Centre on Worship Street to discuss music in the public realm, with Errollyn Wallen’s Paralympic Games Opening Ceremony piece as a case study, Sam Hunt from Hull City of Culture, PRS Foundation’s Director Vanessa Reed and composer Daniel Elms were interviewed on BBC Radion Humberside to talk about the upcoming New Music Biennial.  You can listen to the interview here (1hr 42mins in).

Sam Hunt and the Hull City of Culture team then took the composers on a walking tour around the city to take in key sites and potential venues for New Music Biennial weekend in 2017.

The Composer Gatherings, which are supported by Jerwood Charitable Foundation as part of New Music Biennial, bring together composers, representatives from commissioning organisations and supporting partners involved in the New Music Biennial 2017 for discussions and workshops.