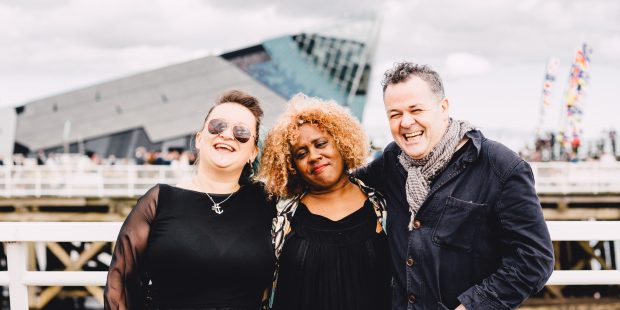 New Music Biennial Composer Residencies took place between January 2017 and March 2018 so that local communities in Hull could spend time and create music with some of the New Music Biennial’s brilliant music creators.

ROOTS OF THE CITY

On the 24 June 2017, the composers, community participants and musicians from the five separate residencies came together at Hull’s City Hall for a free concert titled Roots of the City to perform highlights of what they had created.

This ‘Supergroup’ performance featuring music from the residencies and led by James Redwood also formed part of the  New Music Biennial 2017 festival weekend in Hull, and additionally included the performance of a large-scale culmination piece.

The works from the residencies culminated in the piece Song’s of Flight, which built on the theme of bird migration.  It was performed on 28 April 2018 by massed voices, a range of the participating music groups and the City of Hull Youth Symphony Orchestra at Hull City Hall.