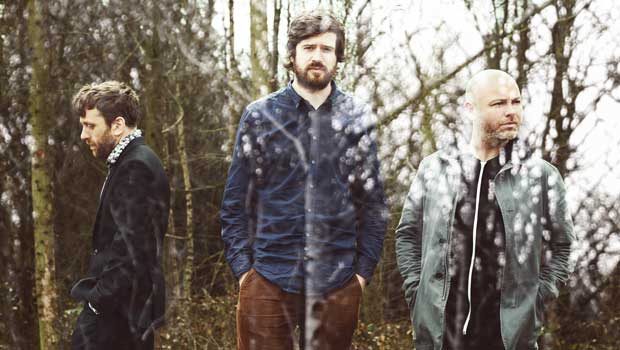 Lau are delighted to have been commissioned by Celtic Connections and PRS for Music Foundation for the New Music Biennial project to write for Lau and Elysian Quartet.

Here is a little ramble about its conception:

Most of Lau’s life takes place in a van, a Mercedes Sprinter to be precise, and we have a great deal of love for it. It is in the van that we have time to speak, formulate ideas and notions, argue over whether or not salted licorice was really designed for human consumption and most importantly, listen to music. And we listen to a lot of music. Driving is done by sound-engineer, tour manager and van owner Tim “Roaddog” Matthew. Tim is a remarkable musician in his own right and he loves to listen to music and  he does all the driving, so it seems like the thing to be doing. I have always been glad of this, a music making entity should listen to music together, it seems extremely healthy, even important to us to listen to a lot of different music. Each of us appear at the beginning of tours with new nuggets of music for the van, either things we have just discovered, or things from the past we have loved and recently obtained in fun-sized squashed to the baws mp3 format.

So anyway, our story starts in the van, maybe outside a travelodge on the M6, maybe in a sexy little corner of Scotch Corner services, I can’t quite remember, but Aidan had been talking to Donald Shaw at Celtic Connections about them commissioning us to write something for the New Music Biennial project. So he’s off the phone, everyone’s game for the plan, but then the question is what do we write?

And this is partly why I love the van, because if you were just to sit for four hours in real life mulling something over, mostly just staring and conversing sporadically you would feel you were perhaps wasting time. In the van though, such activity is making extra use of time, it’s bonus time, and that gives the mind a freedom, a removal of the hurry felt in the terrifying world that lies beyond the sliding door of the Mercedes splitter.

So we’re driving along listening to music and talking about possible projects. Lau love to collaborate, it always felt natural that if we were awarded a commission of this size that we would bring in other players, other influences, it has always been good for us as musicians in such a small unit to take inspiration from outside sources, often musicians from outside folk music. So the conversation turns to successful uses of folk music in other genres, what were the hits, what were the misses (subjectively speaking). We go through a few things, and widdling our way round to compositional thinking, we hit on Bartok. Yeah, Bartok had some rockin folk tunes banging on in there, so the ipods are searched, and Bartok is found (gotta love the van) and it is Takacs Quartet playing String Quartets 1-4. That happened to be what Bartok there was to be had, but that led the conversation on and we thought about this for a while, perhaps a project based around Bartok? or his approach to collecting, but transferred to Scotland? we weren’t quite sure, but we did know for sure, we loved Bartok’s quartets, and that in turn lead onto to speaking of quartets.

So we spoke of string quartets, as non-classical musicians, the string quartet seems like one of the more understandable socio-musical dynamics to us. Whereas a beast the size of an orchestra magically channeled through a wizard like conductor seems quite alien (and fantastical), the quartet seems more like a band as we understand it. By this time we have arrived at our destination, but the seeds are there for this idea, some combination with Lau and  a string quartet that allows equal voice to both musical traditions, theirs and ours. Then we do a soundcheck, a gig, drive to another travelodge and wake up in the morning. And get in the van.

The conversation about who we would like to work with is much shorter, Elysian Quartet, like many of the world’s great musical entities, are friends of Roaddog, he has toured with them with Adem et al, and through him we had become huge fans of Geese (a duo that comprises one half of the Elysians) and the van had  also very much enjoyed Laura (cello) Moody’s solo CD in the past. We had been following reports of Stockhausen’s Mittwoch aus Licht (Helicopter) piece they were involved in, and all in all they seemed the perfect people.  So we had it, it’s gonna be this Bartok project with the Elysian Quartet, no problem, so I phone up Emma Violin Smith of said quartet and propose this master plan.

“Yeah that’s great Martin, but we don’t really play Bartok, that’s not really what we do”

Hmm,  so optimism and healthy ignorance failed to propel us to end of the project in one clean swoop, but my chat with Emma did involve talking about what the quartet had been playing recently and what excited them. So some more thinking needs to take place, but that’s cool because we have the van. So we go and listen to Elysian’s Soundcloud  (do it), and we there hear something else. An approach to improvisation formed in a musical world quite different to Lau’s but one that seems to make immediate sense, a definite sense (in our minds) of two bands approaching similar destinations.

After that it seemed a natural path to follow, to construct melodies and forms in the way Lau always had and create avenues for all musicians involved to explore. We test drove this set-up at Snape Proms this year, with Elysian and Lau joining forces for a couple of our existing tunes, resulting in what may well have been the best gig of the year for us. We can’t wait to get writing and do more.

Wouldn’t it be great if I ended this with examples of fantastic cross-genre uses of traditional music from the last two hundred years? yeah wouldn’t it. Here’s a beautifully shot film of Lau on tour, I want you all to see the van:

Many thanks to PRS for Music Foundation, Celtic Connections and Elysian Quartet for the opportunity to do this project.