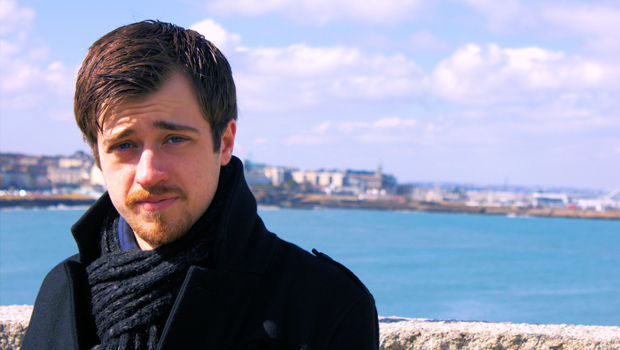 I had always known that Bill Bankes-Jones, the artistic director of Tête-à-Tête, was an enthusiastic surfer. This might have been why he had skateboarding on the brain when I met up with him last year to discuss some ideas for a future collaboration with his opera company. As we talked over lunch, my own interests in architecture were ignited by intriguing thoughts of cavernous skateparks, resonance and the percussive effect of wheels hitting or scraping concrete.

Our vision was to create a fully integrated work for choir, skateboarders and skatepark acoustics. We were excited about the sort of questions this amalgamation of art forms was encouraging us to ask. How would vocal sounds behave in each space? Would the material of the structures and position of wooden or concrete ramps affect the resonance? How could this be harnessed? How could the percussive sounds created by the skateboards be integrated into the choir? Would there be improvised, aleatoric or controlled choreographic gestures from the skateboarders? Would the relationship between the choir and the movement be descriptive or prescriptive?

It was clear that many of these questions would be answered through the process itself, and the work’s shape would emerge through extensive conversations and experiments with skateboarders and performers. I knew that I needed to actually go and stand in the structures we would be working in before I could begin composing. I wanted to watch the skateboarders moving in their space and hear how soft, hard, pitched and percussive sounds were going to react in each location.

We took the sleeper train from Euston and arrived in Aberdeen on a beautiful autumnal morning in October. The grey stone of the city was muscular and clean. The beach was barren and crisp. The sounds were brittle. Ships watched the shoreline from the horizon. The port’s oily water dripped from the harbour walls in silky rainbows. This was industry. Man’s footprint upon nature. Chiselled stone, crushed rivets, trapped water, wreathed wood, spinning wheels, leaps, jumps and turns resisting gravity.

After absorbing Aberdeen and the Transition Extreme Skatepark, music finally began to materialise in my head. Although this was very encouraging, I was worried about how specific this music was to the atmosphere of Aberdeen, and whether our next location would conjure up something completely different. If it did, how would I integrate the two places?

We travelled to Glasgow, and then Dumbarton.

The Unit 23 Skatepark sits above the mouth of the Clyde. It was built by the inspirational Chick Mailey to cater for the humongous appetite for skateboarding in the local area. It is the largest indoor skatepark in the UK. When I stood in the middle of its huge wooden mountains, metallic rails and steep drops, it certainly felt colossal.

We are going to be using Hall 1, which is a similar size to Aberdeen’s Transition Extreme. I am reassured that the sound will behave in a similar way in both buildings. It will also be possible to arrange groups of vocalists around the different ramps and levels. The piece might have a spatial element. This displacement of performing groups in a contemporary space was what I was hoping for after my other recent site-specific explorations of 18th and 19th century architecture in St Paul’s Cathedral and Tower Bridge.

We travelled back to London for a regular visit to the Southbank Centre – our third location. It is an urban, concrete cathedral. Graffiti dances along the walls. The coloured shapes shadow the skaters. Geometric columns support the halls above. The space fizzes with energy. It is a hot crucible for enterprise and experimentation. Crowds watch. Their gloved hands grip the cool railings. Sounds tear through the cold air and shatter the smooth concrete.

In all three locations I can see and hear the same themes. Metal against plastic. Flesh against concrete. The will to leap, move and spin. The desire to connect with the thing which holds us to the ground, but defying it on our own terms. Squares against circles. Lines against curves. Form against freedom. The lyrical voice against the flat surface. Friction. The inevitable sparking between resistance and cohesion. The thrilling grind between opposition and connection.