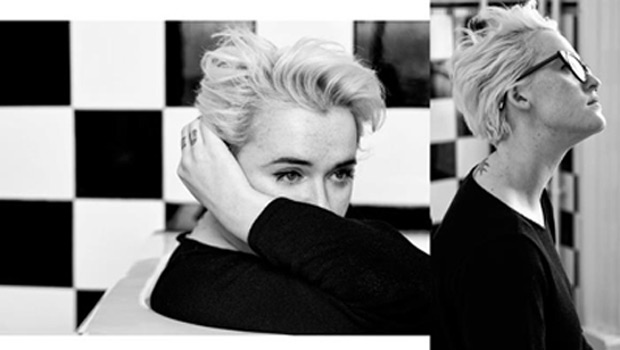 Reviewing Dobrinka Tabakova’s blog, with the intention of picking up where it left off, I’m struck by the reality of how considerably our project has progressed since then.

After a second day of intense development, numerous Skype calls and emails, the addition of creative producer Rosie Crerar, the booking of musicians, the exchange of images, ‘guide’ music and four drafts of a script; we are now at a point, where PULSE’s thriving heart-beat is set to race, because this Sunday Dobrinka will record her score and in the weeks to come we’ll shoot the film.

And the sound, shape and spirit of the project continues to form; ever deepening and maturing.

Winding back to early summer, by our second session, Dobrinka was drawn to the concept of connectivity and communication, while I was preoccupied with notions of peril, of sinking and rescue.

When I began to think about ‘the city’, I visualized the heady cultural mix, the hectic landscape and richness of life available, but I found that I couldn’t stop my mind wandering to ideas of remoteness, I couldn’t escape the prevailing impression of being surrounded, but alone. To be at sea in the city.

It was interesting for us to discover that Dobrinka and I were each acknowledging the basic human need to connect, the seed from which further development would grow.

Dobrinka discussed work she’d begun utilising Morse Code, which came about partly as a result of a tribal ‘image’ I’d shared, of communities burning fires to connect over distances. She planned to create an urgent, pulse-like beat within her score, using the dot-dash punches of Morse as a strand in the musical process. Dobrinka describes the presence of Morse as a colour, or suggestion of her ideas on communication. From this, I immediately moved towards the commonly used description for the international distress signal, SOS, which can be conveyed sonically, using light and sensation.

As Dobrinka shared her thoughts on the concept of communication over distance, along with a sense of inclusion and understanding, it was remarkably in tune with where I was at regarding themes. We both wanted to investigate the idea of an individual sending a distress signal, and of another individual receiving it. The human’s ability to register another’s suffering; to recognize it. Dobrinka’s score aims to represent the natural complexities of living in a city, the layers of the city, while my script has definitely focused in on a section of these layers and has a distinct flavour. While our creative paths have taken different journeys, we both feel passionate about working on a piece that might empower the individual to ask for help, and encourage another to give it.

Depression is something lying dormant in us all, waiting to happen. The majority will live their lives unaffected, but in the course of a year, mental health issues will affect 1-in-4 people. After 30 years free from mental illness, since the start of 2013 I have been experiencing depressive episodes.

As kids, my brother and I were told never to say we were, ‘starving’. My parents explained there are children in the world who truly starve. And as teenagers, we were told never to use the word, ‘depressed’ to describe normal feelings of sadness, flatness or disappointment, because being depressed was something far more serious.

The vast difference between sympathizing, and empathizing with a person having depression is lucid for me now, having felt it’s claws dig. I have always thought of myself as an advocate for mental health issues, but I now realize how essential it is that mental health be discussed, openly and often. I know from experience, that talking about mental health can strengthen friendships, aid recovery, break down stereotypes and drain the taboo from something that affects everyone. I’m also aware that it saves lives.

I’m a very lucky person. People who are supportive and enlightened about the feelings I’m dealing with, surround me. I have friends who also live with depression. I can talk about how I feel and I have willing listeners. I have an understanding of I can do to help myself and I don’t fear stigma. But what about those who do and who don’t have support? Or worse, those whose calls for help are met with disregard.

Mental health is as vital as physical health, and must be everybody’s business. We all need to become far more educated about mental health problems, the media especially, so that people with mental health issues are not misrepresented or feared.

When we decided early on that we would christen the project PULSE, it had a particular resonance for me, as I’d never been as preoccupied with what it means to be alive before.

Via development of four drafts PULSE – the film – has taken many different shapes so far, but at its heart is a self-portrait; a cinema poem about recognition, acceptance and the discovery that one can live well with a mental illness. PULSE wants to prompt powerful responses, by dealing with difficult and profound themes to do with depression, suicidal thoughts, diagnosis and recovery.

Physical education is mandatory in schools, but mental health education is not. To quote a young person speaking on behalf of Young Minds charity,

“If you’re not using the muscles in your brain to keep yourself well, then you’re gonna be as ill as you would if you don’t jog about each day.”

Time To Change, the international campaign aiming to end mental health discrimination, with the goal of parity of understanding and treatment of physical and mental health, is spreading the message that it is Time To Talk.

I am committed to making a film, which expresses how fundamental our mental wellbeing is, how complex and sinister the territory in people’s minds can become, which is serious, engaged, and at core, humanistic.

While focus is trained on physical health during the Commonwealth Games 2014, I hope for PULSE to highlight the importance of paying heed to our mental health, but also speak universally about how vital we are to one another, as family, friends, colleagues and strangers. We all have the capacity to be good, kind and to connect on a basic human level. Professional or medicinal help can be slow to secure, sometimes dangerously slow. We should learn how to identify those in peril.

Overall, what I want to demonstrate is that we all have the power to save and be saved.