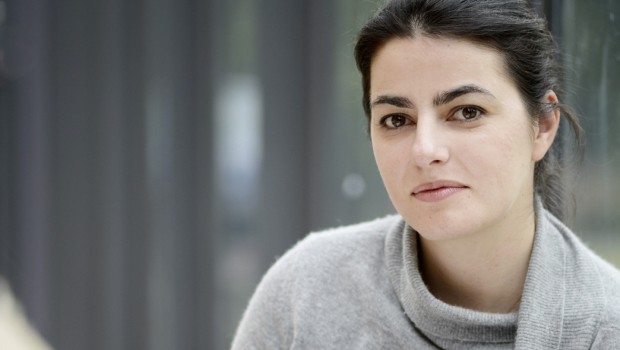 In mid-July I went to a concert as part of the Southbank Festival of Neighbourhood – it celebrated 25 years of the gamelan at the Southbank.

The concert was absolutely fantastic – the dancing, shadow puppets, singing, playing. It is no wonder that Jaap Kunst said “Gamelan is comparable to only two things, moonlight and flowing water… mysterious like moonlight and always changing like flowing water…“. Reflecting on the event and the festival, I thought back to the initial conversations Tom Hutchinson from RPS and I had about this project, and how we discussed possible themes and ideas which would fit with the wide-reaching aims of the New Music Biennial alongside the Commonwealth Games in Glasgow in 2014.

The idea we kept coming back to was that of living in a city. More than half the world’s population lives in cities. Musically, for me this immediately suggested fast paced, energetic, almost punchy music. I could almost hear the colours which I wanted, and percussion and piano were strong, prevalent sounds. A few years ago, I worked with the Southbank gamelan players and was really keen to work with them again.

The subtle friction between the different tuning of the gamelan together with Western tuning appealed to me. I felt there was a parallel there with how the two tunings blend and how different people fit to form the large living organisms – cities, which so many of us inhabit. The working title became ‘My Pulse, My Place’.

At the heart of this project is a collaboration between film and music. I had met filmmaker Ruth Paxton last November in Nottingham at the screening of her film ‘Rockhaven’ to Brian Fernehough’s Prometheus score which was part of the Royal Philharmonic Society’s Encore scheme. Her film had strong images, flowing shots and there was something poetic and musical about the pace, even if the main characters were heavily tattooed boxers. I was excited to see how our two worlds would fit and the process of working with a filmmaker.

Before our first meeting in May, I had a general sound of what the music would be, having chosen and agreed on the instruments: piano, percussion and gamelan. I thought a great deal about Time. Both Ruth and I deal with structures in time, how is a story paced, what is the rhythm of a single shot; what is the shape of the composition. Linking in with the sport element, time is often a measure of achievement. Our hearts beat close to the rhythm of the second hand of the clock, etc.

We often hear people describing different cities – they have a certain pulse, life has a certain pace… I wanted the music to have this sense of a unifying pulse all the way through, so I brought a metronome along to our meeting.

I loved how both Ruth and I had this starting idea of the city and how in the first meeting, we brought our visions and ideas of what we associate with the concept. What struck me were some of the stories Ruth mentioned – our etiquette on public transport, the spark and embarrassment of catching someone’s glance, holding on to a rail and accidentally brushing your hand against someone else’s. How such small moments can bring people together and can be so powerful. The story which Ruth told and really stayed with me was of how a boy was saved from drowning in the sea in Australia by people from the beach making a human chain and pulling him out to safety. Ruth mentioned that she wanted to make a film with a positive message about humanity. I felt inspired to celebrate in the power of what people can do when we do things together.

In the first meeting, Tom, Ruth and I agreed that it was important to choose the title, or at least agree on some words, which we felt were important. After a long brain-storming session, covering all that we had been thinking about in the months between submitting the application and having our first working session, we came up with really strong words, but there was one word we kept coming back to: PULSE. We had our title.