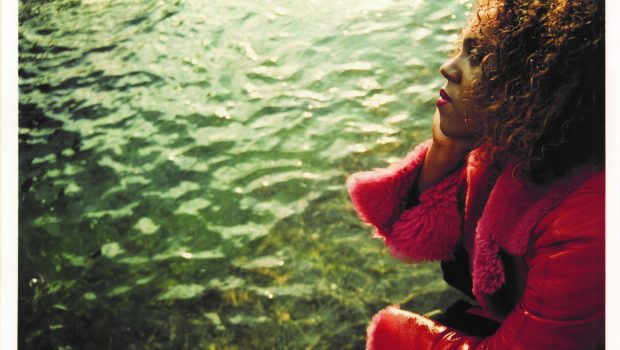 We caught up with New Music Biennial composer Errollyn Wallen to talk about her piece ‘Mighty River’ and Hull:

Q – Mighty River is an important expression of Hull’s history. Combining its maritime trade with reform and human rights campaigning, can you tell us more on your exploration of slavery and freedom within Hull and Mighty River.

EW- Mighty River was commissioned by the Rector and PCC of Holy Trinity, Clapham Common, and John Wates to mark the bicentenary of the Abolition of the Slave Trade Act.  It is an innate human instinct to be free, just as it is a law of nature that the river should rush headlong to the sea.  That is the concept behind Mighty River which is composed  in one single movement.

Slavery claimed the lives of countless people, but somehow my ancestors found the grit and determination to persist in spite of the conditions in which they found themselves.  I dedicate Mighty River to my great-great-great-great-great-great grandmother. Though I never knew her, I am driven on by her courage in the face of dreadful odds and am inspired by her example not merely to survive, but to thrive. In so many ways,  Mighty River is coming home in its performance in Hull, the birthplace of William Wilberforce. When Mighty River was first performed at Holy Trinity Church, where Wilberforce met with other members of the Clapham Sect, I felt the thrill of the power of music to commemorate. Living history is about remembering the past and confronting the present in all its complexities.

Q- William Wilberforce, the inspiration for Mighty River is a highly celebrated figure in Hull’s history. How does the composition celebrate him in a way that we haven’t seen?

EW- Mighty River celebrates the idea of freedom and the innate human instinct for freedom. Wilberforce recognized that, even though he and other Abolitionists were going against the tide in their campaign. My work celebrates willpower, dignity, energy and joy — and triumph over suffering.

Q- Mighty River combines contemporary classical techniques with spirituals (introduced to Hull in April of 1873 via Fisk J Singers) can you tell us more about what this means? And why the spirituals style appeals to you in this piece?

EW- I have long been fascinated by spirituals and their journey from the American south via Africa to the United Kingdom. Spirituals influenced gospel which in turn influenced the blues and finally rock and popular music. What we know as ‘blues’ scale is right here in the earliest spirituals — the oscillation of the major and minor third that gives such great expressivity. Spirituals will never die because this music is borne out of necessity; borne out of the need for survival and hope in the face of horror. Embedded in spirituals is African chant.  Singing ( and dancing) spirituals was the slaves’ way of combining their own music with Protestant hymn. In Mighty River  I make reference to the hymn Amazing Grace and the spirituals Deep River and Go Down Moses. These were first introduced to the UK— to rapturous acclaim — by the Fisk Jubilee Singers.

Q- The Fisk Jubilee Singers although highly regarded now fought to be heard. How have you encompassed this struggle into Mighty River?

EW- Mighty River is not about the struggle of the Fisk Jubilee Singers as such but about the universal celebration of the search for freedom despite  suffering. However, the fact that Mighty River will be performed in Hull, where the Fisk Jubilee Singers came, introducing their fantastic music, is magical serendipity. One of the Fisk Jubilee Singers , Thomas Rutling did actually settle in Yorkshire. http://www.blackpast.org/aah/rutling-thomas-1854-1915  As part of my residency I have been working with school children from Thoresby Primary School and with refugees from Open Doors. Together, in our piece Journey to Mighty River — A Modern Spiritual  we have explored what it means to leave your home. Songs can be the only thing one takes on the journey to a new country.

Q- The word river to most[me] means movement and a journey, is that what Mighty River represents?

EW- In Mighty River it is as if the perpetual motion of the music, like water, like time,  through its sheer momentum, carries with it the cries and echoes of human hearts and voices that are singing out of suffering, repentance, humility and hope.

Q- Hull city of culture 2017 has been referred to as Hull’s first Renaissance, would you agree with this statement? Hull being the hometown of Wilberforce do you think reform and change in this way would excite him?

EW- I think that Wilberforce would love the celebrations and events which are marking Hull City of Culture. My orchestra, Orchestra X, which will be performing Mighty River, is a multi-racial orchestra. This is the reality and this is the future of Hull. Wilberforce would be pleased.

Q- Do you think being awarded the City of Culture 2017 has changed people’s perception of the north?

EW- From my earliest trips to Hull, back in 2016, in preparation for the New Music Biennial weekend, I was struck by the buzz in the city. Taxi drivers were particularly excited to tell me all about the wonderful things that were going to be happening in Hull. As far as I am concerned, the North has always rocked. Hull most definitely rocks!

Listen to Mighty River being broadcast live from Hull City Hall on BBC Radio 3 here, or pre-order it for download from NMC Recordings here.